Cities where you can shell out less 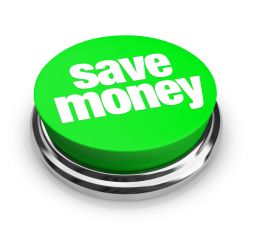 Authoritative international travel edition «Trip Advisor» conducted a study and determined the most expensive and the cheapest cities in the world for tourists. Taken into account when estimating the daily payment for a double room four-star hotel, dinner, consisting of two courses and a bottle of wine, cocktail bar and two taxi ride from the bar to the hotel (at a distance of three kilometers). Most popular among budget travelers have recognized cities Sofia. It strikes at the stereotypes that everywhere in Europe is very expensive. In the Bulgarian capital costs for one day a foreigner about $ 156. "Silver Medal" from Hanoi Vietnamese. One day here costs about $ 173.

Not much more spending needed in Warsaw and Budapest. Relax no extra financial cost can be The most expensive cities are the same Oslo ($ 570) and Zurich ($ 514). A In particular, the cost of multiple trips to Zurich taxi equates to daily living in a posh hotel in Hanoi. Night in the Zurich hotel can be exchanged for three days in Warsaw. Hotels in New York four times as much of Sofia. Taxi ride to London 20 times more expensive than a taxi ride in Kuala Lumpur.

A similar study of 50 popular tourist cities in the world the same «Trip Advisor» held in 2012. Then the most accessible cities in the world steel Hanoi, Beijing and Bangkok. Next lined Budapest, Kuala Lumpur, Warsaw, Taipei (Taiwan), Jakarta, Sofia, Tunis. And the most expensive steel London, Oslo, Zurich. They were followed by Paris, Stockholm, New York, Moscow, Copenhagen, Sydney and Singapor.

In 2011, the rating «Trip Advisor» built on the basis of the cost of one night in a 4 star hotel with a large pizza with cheese and a glass of dry martini and a cab ride is eight kilometers away. The cheapest identified Bangkok, Beijing, Sharm el- Sheikh, Sofia, Budapest, Warsaw. most expensive - Paris, Zurich, London, Tokyo, New York, Rio de Janeiro, Moscow, Kiev, Amsterdam, Stockholm.

As you can see, the trend in recent years shows that Asia is now more accessible to tourists than Europe. European continent dominated the list of most expensive cities. Except some areas in Eastern Europe.

Feedback
Your attention and time spent on the site IGotoWorld.com is greatly appreciated. If you have any questions, wishes, complaints, or you desire to learn more about us, select the area you are interested in and click the link to make a comment or ask a question.
Feedback form
Request submitted successfully.
Send